5 Ways to Dispose of Old Glory on National Flag Day 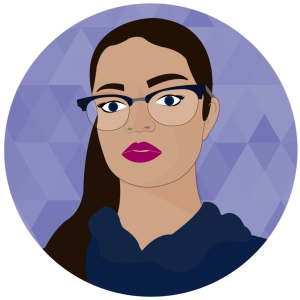 Starting in Elementary School, Americans are taught the history of the American flag and how important it is to show it the proper respect. We do this by facing the flag and covering our heart during the Pledge of Allegiance or National Anthem, keeping the flag off the ground, and never simply throwing it away.

The first two are relatively easy to follow, but if you can’t toss your old, tattered flag, how do you dispose of it? It’s much more effortless than you think and there’s no better time to talk about it than on National Flag Day.

This might come as a shock, but the number one way to dispose of an American flag is to burn it as stated in US Code 36, Title 10, Section 176. This is typically done with a full ceremony involving folding the flag beforehand and saluting it as it burns accompanied by the National Anthem or Pledge of Allegiance.

This might sound like a lot to do on your own. Many towns and groups host regular flag burning ceremonies so the public can retire their flags properly without worrying about it being disrespectful. Last June, Chicago held one such ceremony and burned upwards of 7,000 flags.

If the idea of setting fire to the Stars and Stripes makes you uneasy, another option is burying it. This also involves folding the flag beforehand, which you can learn to do here.

The folded flag should then be placed into a good quality wooden box. This box can feature any manner of decoration so long as it is dignified and respectful. Once the box is securely closed, pick out a spot that isn’t consistently walked over. Feel free to place a decorative stone or wooden marker on the spot, as well.

You can go one step further in your burial plans and shred the flag instead of folding it. Don’t worry; this isn’t as bad as it sounds. Shredding the flag involves meticulously cutting the strips with sharp scissors and leaving the star-spangled field intact. The pieces can then be buried in the same way you would bury a folded flag or burned one piece at a time.

It wouldn’t be an American Disposal Services blog post without talking about recycling.

Recycling your flag is a great way to pay it forward while giving the Star-Spangled Banner the respect it deserves. Not to mention that today’s flags are typically not made of nontoxic cotton like they originally were. Burning a flag made of modern materials such as nylon and polyester can be toxic. There are organizations such as the American Flag Disposal who can put you in touch with non-profits and private companies whom specialize in flag recycling. However, a flag cannot be recycled in your typical recycling facility and should never be disposed in your recycling bin or cart.

…or consider a Non-DIY Option

If you’re uncomfortable with the idea of retiring your flag on your own, you can reach out to organizations such as the American Legion, Veterans of Foreign Wars, Boy and Girl Scouts of America and the US Military who can take care of this for you. Many of these institutions will have local outposts with convenient locations for you to drop off your flag.

The American flag represents resilience, valor, perseverance, and vigilance. It represents who we are as a nation and who we continue to strive to be. There’s no better time to retire your old flag than on National Flag Day and we hope this information helps you decide how to do so respectfully.